The True Story of 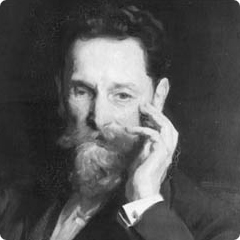 Aypea and His Style,
as told by Uncle Joe

So, little ones, the big mean editor said you have to use AP Style in your stories?
Piece o’ cake, says wise old Uncle Joe.
What’s that you ask?
You say you never heard of nuthin’ called “AP Style?”
You say you never had any style at all since the dog ate your red platform shoes?
Well, little ones, you just got to listen to your Uncle Joe.
In the time when the News Gods resided high above the clouds on Mount Arbor Mortua, there was no style. Leastwise, no newspapers or magazines had any, though their spouses, partners and significant others may have.
It was terrible, little ones, just terrible.
The Athens Daily Post-Athenian said the Parthenon was at MCXXII Acropolis Ave. and the Temple of Athena, while the Rome News-Tribune said its address was 1122 Acropolis Avenue and dedicated to Minerva.
The News Gods were displeased, little ones, and decreed there should be style. They sent the demigod  Aypea, patron saint of good students, legumes and journalists, to create it.
Aypea made it so, peace and consistency reigned and the News Gods spent their time sipping nectar, eating ambrosia and telling themselves nothing in the wide world could ever break the web they wove.
But then, little ones, darkness descended on the planet and ignorance tore the News Gods’ wonderful web asunder. The critical information provided by newspapers and magazines in the past was replaced by rumor, gossip and superstition, Aypea’s marvelous style lost in a cloud of ignorance.
Generations passed.
There was no style.
The Cucamonga Courier wrote about a fifty-foot yellow canary spotted at 1836 Northwest Forty-Second Place.
But Truth or Consequences Tattler said the bird had only two feet, was five-stories high and spotted at eighteen-thirty-six NW 42nd Pl.
And the Ashtabula Advocate had it as a 2-feet tall, blue bird with no spots seen by fifty people on 42 Street.
You can see the problem, little ones?
More generations passed before journalists in Cucamonga, Truth or Consequences and Ashtabula learned that yellow and blue are different colors, canaries aren’t 50-feet tall and if they are they certainly don’t have spots.
They also realized that it would help if they spelled the same words the same ways, decided whether a Street was a Street or an St. and whether a Place was a Pl. and an Avenue an Ave.
So, they summoned fellow journalists to a grand gathering where they moaned and wailed about their lack of style, tore their polka-dot, bell-bottom pants and paisley shirts and fell off their platform shoes.
When the moaning and wailing ceased, the journalists determined to establish a style  and, looking to their glorious past, they remembered the mighty Aypea and, in his honor, they called the new rules “Aypea Style.”
But, little ones, it is the nature of long phrases to become short phrases, “Aypea Style” became its own abbreviation.
Thus, today we have “AP Style” and you, little ones, must adopt it for your own before you can become real journalists.
Your Uncle Joe will never steer you wrong.

You’ll find links to places to learn AP Style on the right sidebar.

Note that AP style is ever-evolving. What was “e-mail” March 18, 2011 became “email,” at 3 a.m. March 19. The on line version is the most up to date. You can also follow AP on Twitter, #APStyle or twitter.com/APStylebook